insert_linkFirstly:  Ignorance is Not Bliss? Lies!

In this article, we will go into the depths of the secrets of ignorance and confidence—could there be a link? However, there’s one deal-breaking problem; there seems to be a plague bringing terror to the streets of our clean world…

This plague brings winds so rough that innocent people are consumed by tornados of misconceptions. In other words, there is a surplus population of those who perceive ignorance negatively. And where is their evidence exactly? The evidence is biased, hence your conclusion is invalid.[/caption]

Curiously, albeit not surprisingly, people seemingly cherry-pick certain situations which support their ideas. These scenarios, at first, appear to be convincing explanations for the deniers of the truth. Then these people, rather strikingly, draw the unjustified conclusion that ignorance is deplorable.

However, this is an extremely surface-level peek at the beautiful concept of ignorance. The only reason it’s viewed grudgingly is that society has learned the poisonous resentment of the unknown truth.

So, in order to get the most out of this article, you must initially open your mind up to the opportunities you’ve already denied yourself. As a matter of fact, our beliefs are poisonous, since they prevent us from—in many ways—progressing.

Next, having cleared that up and shoving it down the drain, why could ignorance possibly be bliss?

insert_linkHave You Ever Considered the Possibility of Ignorance Being Helpful?

It’s sufficiently mind-blowing to firstly believe ignorance is not the devil, but rather a harmless, tradable good. With that in mind, how much mental strength would it take to accept the ultimate truth that ignorance is helpful?

Realise that ignorance can be used in a way such that it can improve your life, and you’re certainly good. In fact, sometime in the future, you’ll see a book I’ve written all about Ignorance, so stay tuned for that.

You might have already heard this quote by Mark Twain (the writer) which goes something like this:

All you need in this life is ignorance and confidence, and then success is sure.

This quote gave me some ground-breaking ideas; above all, could ignorance and confidence really guarantee success? Let’s begin at the most sensical point to start our analysis—confidence.

insert_linkWhy Confidence Is A Necessary Component of Success

Surely, it must be no surprise when anyone tells you that confidence is a key factor for success. Confidence is the trust in yourself to overcome challenges and succeed in your endeavours. As a result, someone with confidence is more likely to take risks and try more things to be successful.

But wait—do not be mistaken—confidence is not a lack of fear. I’m confident that the majority of the population are somehow limited in their abilities because of fear. Furthermore, these people, in face of a challenge, back away due to some form of a fear. 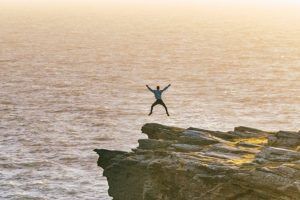 For example, this fear (or these fears) could include: Whatever it is, fears prevent weak-minded people from achieving magnificent feats—whether they’re slight or substantial. What’s more, these people allow their fears to control—to limit—their lives, trying only to go the easy route.

But there is no easy route through life, unfortunately. Those with an intense sense of confidence are able to overcome these fears, even though they may still be present. Thus, these people are more successful, wealthy, happy and complete.

This is because they were able to do what others weren’t.

Now that we’ve concluded confidence’s place in the ignorance and confidence link, where does ignorance come in?

insert_linkWhy Ignorance Is Not Always Destructive

The ignorance sceptics, when thinking of ignorance, think of bringing upset to others, forming uneducated decisions or prejudice. This can indeed be true, in particular contexts. Despite that, this is not a fair representation of ignorance: ignorance is simply a tool. 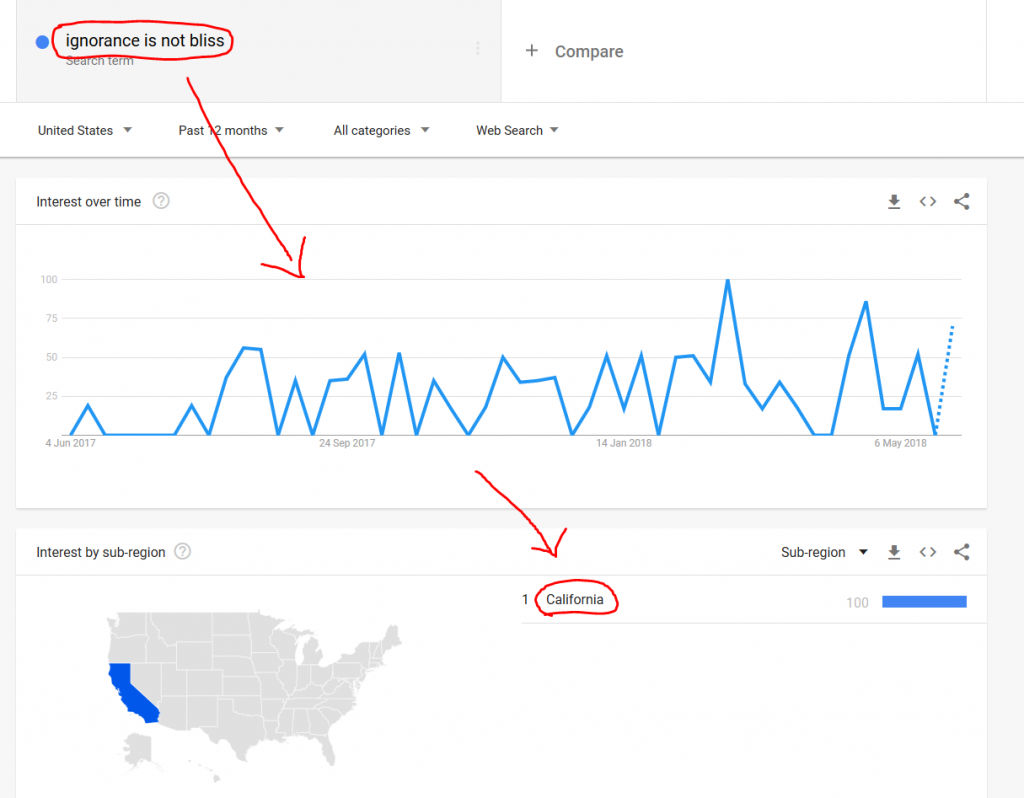 Google Trends reveals that all the sceptics of the US are in California...[/caption]

For this reason, ignorance can be used in either a positive or negative manner, like any other tool. Scissors, for instance, have helped many people around the world have a rich, flavoursome, and blissful paper-cutting experience. On the other hand, scissors can easily be used maliciously to harm the lives and physical beings of others.

The unfair difference? People don’t consider scissors, overall, to be a harmful item for its benefits. Likewise, we shouldn’t shun ignorance for how it can be used destructively. Conversely, we should love ignorance and confidence for how they can benefit our lives.

insert_linkHow Ignorance Can Bring You Success

How exactly ignorance achieves such a level of assistance in our lives is rather fascinating.

You don’t have to use ignorance to degrade the quality of your life. To exemplify, don’t ignore anything that can lead to: This is to say, don’t confine your knowledge to what you want to know. By contrast, confine your knowledge to what you need to know in order to be successful. There are two fundamental rules constituting this pillar of profound wisdom: By the way, in this helpful book, the author outlines the importance of disregarding all non-essential information.

insert_linkThe Role of Ignorance in The Ignorance and Confidence Relationship

Ignorance is a key component to success, because, used correctly, all our efforts are used in a constructive manner. That is to say, we aren’t wasting our time and attention with the unnecessary noise we face day-to-day. Though, this is not the only way in which ignorance accelerates your journey on the road to personal success. 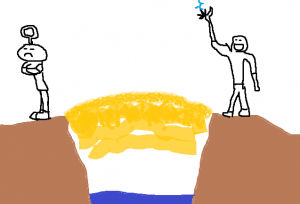 “Come on, Mr Man, get to the point! I do not have all day to enhance my lifestyle and ascend to the next level of being.”

Very well, Jim, I’ll do that, (as well as promptly prepare a catapult for you later). Here is the relationship:

Oh boy, it’s a two in one! Not only does ignorance alone allow you to drive you down the Successful People’s Road, but it aids confidence.

What do I mean by that? Quite simply, ignorance can help boost your confidence, to overcome obstacles you couldn’t prior to your enlightenment. As a result, the effect of ignorance is multiplied, increasing its greatness in the toolbox of super-success.

It’s not the boring, regular success; it’s the super-success, rather.

In order to answer the question of why ignorance increases confidence, we must next break down the concept of confidence: confidence is the ability to have faith in yourself and perform in face of your fears.

In this situation, I would think it most logical to ignore the consequences which are preventing performance in the first place. For example, this could involve: What is the result of this simple action? The result is you have the increased confidence to overcome an intimidating challenge. Confidence as a result of ignorance.[/caption]

This is not necessarily because the fears have disappeared; they may still be present, lurking beneath your nose. Instead, you use your efforts to ignore the consequences of those fears, allowing you to swipe them more easily out of your mind.

Are you confused yet? Admittedly, this is some strikingly crazy stuff. Who would, after all, put ignorance and confidence together in their sane mind?

To clarify, it’s the concern of something unfavourable that can restrict the very best performance of which you are capable. You will have a far happier, relaxed life if you reduce these concerns, and ignorance does just that. Additionally, these regulated concerns mean there is less that can potentially hold you back from jumping off the cliff of success.

insert_linkWhy Ignorance Can Be Even Worse for Those Reasons

Speaking of jumping off cliffs, ignorance is a double-edged sword—something you will need to use wisely, with great care. The effects of a surplus of ignorance can be devastating: have you ever witnessed the state of being over-confident? That will invariably tell you something which is new, useful, important and worrying. To be clear, confidence is massively critical for any effort demanding an ambitious success. However, we need to know our limits surrounding common sense.

These limits, as a matter of fact, have nothing to do with whether or not something is possible. On the contrary, too many people shut off opportunities for the very reason that they do not believe something is possible for them; the truth is that anything physically feasible is doable, given that you provide the determination and drive.

From this, we can conclude that the best way to enforce ignorance and confidence in your life is to strike that ideal balance. Don’t be overcome with limiting fears, but simultaneously don’t have so little fears that you are prone to a huge downfall.

Also, don’t get confused as to whether something is beneficial or negative. For example, losing a job could be harmful in the short term, but in the long term, it could actually be beneficial. The same can go for losing friends, family, et cetera.

Ignorance goes the same way: don’t pay attention to inessential sinkholes of time and effort. Meanwhile, make sure you’re only receiving the facts you need and put your attention where necessary for ultimate success.

In summary, you don’t want too much ignorance and confidence, whereas you certainly don’t want a lack thereof.

Stay tuned to the Cryptic Butter radio (not a thing) to find out when my book all about the beautiful topic of ignorance comes into the market. Although it isn’t quite available now, you could read other books on the topic for a comparison. Subsequently, you can tell me how much better my book is.

In addition, skyrocket your life with some self-development books here and please don't hesitate to support the butter. 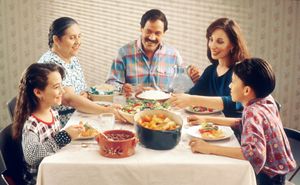 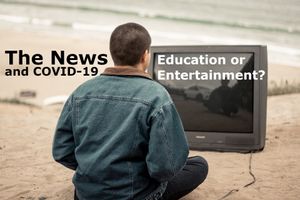 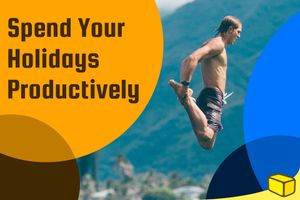